Have you ever felt an overwhelming desire to go somewhere you have never been before?

Not just because it looks nice, but because you feel something else is pulling you there?

For several years, I have had this overwhelming feeling that I need to visit India. 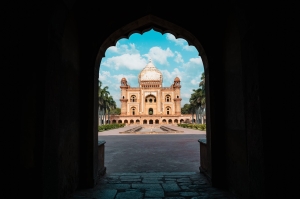 The feeling has been so strong lately, that I haven’t been able to think of much else.

I’m not one for regrets. However, I knew that if I didn’t make plans to go soon, it could turn out to be the biggest regret of my life.

However, finances have been tight lately. Thoughts of my finances standing in the way of me and India, made my heart sad and my soul restless. There had to be a way of making this work.

Recently, I have been reading a book by the social media influencer, Vex King. In his book Good Vibes, Good Life, Vex talks about the Law of Attraction. This is the theory that you can attract things into your life by thinking about them.

By thinking positive thoughts about India and improving my finances, could I really find myself in a position with enough money to make this dream a reality?

I decided to give it a try.

It didn’t take long for my situation to start to change.

The first thing that happened, wasn’t a direct link to money.

I had been looking into several tour operators who run group trips to India. The one I had my eye on was a really good price, but I was struggling to find reviews from people who had been.

A few days later, I met up with a friend of mine whom I hadn’t seen for a couple of years. He was in London for the evening and suggested we meet up for dinner and drinks. During our evening together, we soon got talking about travel. I mentioned the company I was looking to travel to India with, and it turned out he had been on a number of trips with them, and highly recommended them. After that, I spoke to a few more people who had also heard positive things about the company.

So that made my mind up. Once I could afford to go, I at least knew which my preferred tour operator would be. It also meant I could start looking into the different tours they run. I had my heart set on at least doing the Golden Triangle. 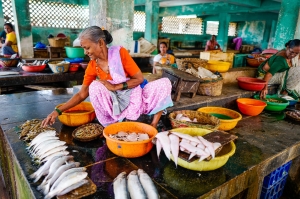 Whilst on annual leave a couple of weeks ago, other positive things started to happen.

Secondly, after researching the travel company, I was really happy to see that on booking, I would only need to pay a deposit, with the balance not needing to be paid until 56 days prior to the trip. This was great news, as it meant it would be much easier to secure my trip over the next couple of months, and save up to pay the balance at a later date.

Following this great news, during the same week, I received a message from a colleague who confirmed that all staff would be receiving a pay increase, back dated to January! The pay increase was welcome news for many reasons, but with the backdated sum, this would enable me to pay for the deposit for my trip!

Further good news came last week when I spoke to a property developer who has been working on some new properties behind my flat. As a way of apologising for all the noise and disruptions the building work have caused, he said he has some money in the budget to compensate me! Definitely not taking this for granted (if he overspends on the development, the amount of compensation could be significantly reduced), but pretty good news however much it turns out to be!

This may all be a coincidence of course, but I genuinely feel as though this is the result of the laws of attraction. By thinking positively, and believing that something is pulling me there (beyond the desire to just go to India on holiday), I have somehow been given the opportunity to travel to this wonderful place that has already captured my heart, with a much lesser financial burden than I had previously thought I would face.

It hasn’t all been smooth sailing of course to get to this point. There have been days where I thought India would never happen. On those days, when I felt less positive, I really had to push myself to believe that I could make India a reality.

Without sounding like I’m crazy, I just can’t shake this feeling that i’m destined to go to India. I don’t know what to make of this, or why I need to go. But I do know that I need to go.

It’s time to step back out of my comfort zone, and throw myself into a magical Indian adventure. 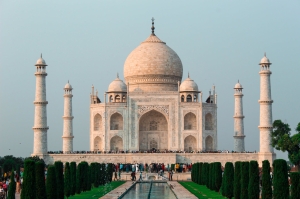