Have you ever stopped to consider whether love or loyalty is more important to you?

However, it was a question raised by one of the guys in the office today, and it’s really got me thinking.

Most people in the office opted for loyalty. Without hesitation in most cases.

My initial reaction was that I want both. Why wouldn’t you? But, if I really had to chose, which would it be?

Could I continue to love someone even if they were unfaithful?

Could I remain loyal to someone if love starts to fade?

Would I want a future partner to be loyal even if his love for me fades? Would loyalty be enough?

I have been in relationships where the love has faded over time. You love each other, but your not in love. You end up simply existing with each other. Unhappy, but loyal.

I’ve also been in relationships, where the man has chosen loyal over love. I asked one of my ex boyfriends a very long time ago, whether anything would ever drive him to leave. His response was that even if he was unhappy he would stay.

My reaction back then possibly isn’t too dissimilar to what it would be now.

Why would you do that to yourself

Why would you stay with someone who didn’t make you smile?

Why would you want to stay with someone who was happy to just plod through life?

No excitement, no laughter. Just existing.

I’ve also had my fair share of heartache. When you love someone, and they don’t love you back, whether you’ve been together for months, years, or you’ve simply loved someone from afar; not getting that persons love back is enough to break the strongest heart.

But at least heartache makes you feel something. It reminds us we’re alive.

Funnily enough, those who have caused me the most heartache are the ones I remember most fondly. It’s those relationships where the love has faded that leave a bad taste in my mouth.

I can’t imagine there is a worse feeling than being cheated on. I suspect a couple of ex boyfriends have not been so loyal to me in the past. But never with enough evidence to rely on. And I am grateful for that. Maybe if I had concrete evidence, I would be fighting loyalty’s corner harder.

If you love someone so much, and found out they had cheated on you, would you forgive them? Or if not forgive, at least push to the back of your mind, because your loyalty for that person is so strong?

Believe it or not, I want loyalty to win. But is loyalty enough?

Ultimately, as human beings, we want to chose both. What greater feeling than having a loyal partner whom you love dearly, and is loyal and loving back.

Yet, we are also aware that finding love and loyalty isn’t always possible. Let’s not forget that in some cultures love isn’t deemed to be as important. Arranged marriages for example. Arranged by the couples families, for convenience, for wealth, for popularity. All before love.

For me, being in a relationship is about enhancing your life, not just making do.

Ultimately I want you to stay because you love me. With your heart, body and soul. And if you can’t do that? I don’t really need you.

What’s more important to you? 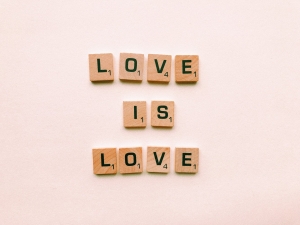 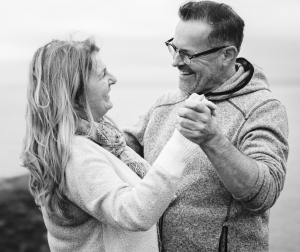